First, we clarified and confirmed the semantics of the target specifications. This often meant comparative analysis. Substance sensitivities, for instance, are classified by distinct axes (class of substance, such as drug or food, and class of reaction physiology, such as allergy and intolerance) in one specification, and they are pre-coordinated into a single classification in another.

Second, we identified implementable value sets for use in FHIM-supported interactions. Early on, this effort included some authoring work, but later devolved into identifying the extant specifications and documenting them in a common framework

And third, we ensured the FHIM data types and value set definitions supported the requirements of the client specifications.

The team authored a detailed process definition to support these activities, defining processes for the authoring, publication, and implementation of the identified assets. This process was also a key input into the HL7 Value Set. 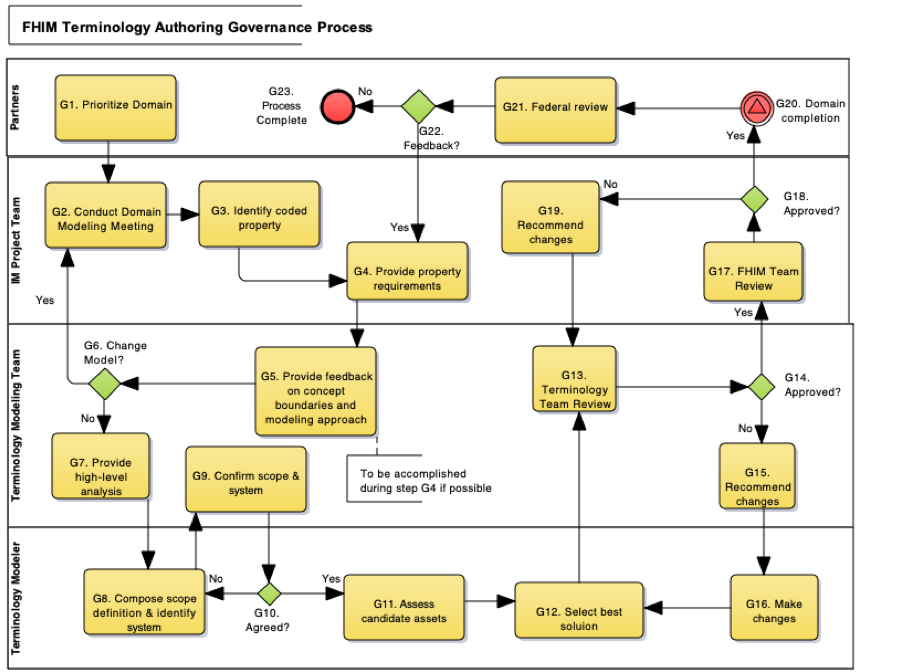